Annapolis Wilshire Plaza is located in San Juan City, Metro Manila. This is one of the component cities that make up Metro Manila. It is also a highly urbanized city with its metropolitan landscape. According to history, the city of San Juan was the site of the first battle of Katipunan. This organization was crucial in overcoming the Spanish Empire that ruled the Philippines over many centuries. Today, it is part of the National Capital Region and is one of the fastest developing cities in Luzon.

Thus, owning a property in a rapidly developing metropolitan area is a wise investment and something that serious investors should consider. It is also for this same reason that the developers behind Annapolis Wilshire Plaza chose this exact location for building the condominium. The name San Juan City is actually a contraction of the original name, which is San Juan del Monte.

Despite its progress in terms of economy over the past few decades, the city is actually one of the smaller cities in Metro Manila. This makes it convenient for the people living in San Juan to get around from one point to another. It also offers a concentration of corporate offices, commercial establishments, shops, and other industrial buildings within the city. This explains the rapid growth of the population in the city over the years; more and more people are choosing to live in the city to take advantage of the many opportunities available here. From a population count of less than 1,500 in 1903, the population is now approximately at 122,000. There are 21 barangays that are comprised within the city.

One of the advantages that people who choose to live in Annapolis Wilshire Plaza in San Juan is the access to public transport. Aside the location’s easy access to major roads and highways, commuters will also find it easy to get around with many transportation options. For instance, there are plenty of jeepneys and buses that service the San Juan City routes. There is also an LRT-2 station in San Juan City that you can ride to get to other points of Metro Manila with ease. It is the perfect choice for when you want to beat the traffic.

If you are moving in with your family to this condominium, you would be pleased to know that there are many good schools and educational institutions within the area. Some of your options include San Juan National High School, Xavier School, Aquinas School, Fountain International School, and Montessori de San Juan. When it comes to your family’s health, you can rest assured that there are many reputable hospitals and medical centers nearby like San Juan Medical Center and Cardinal Santos Medical Center.

If you need to buy supplies for the home, you can also choose from one of many malls and shopping centers within San Juan City. Your options that are available close to the condominium are Greenhills Shopping Center, Promenade Mall, Santolan Town Plaza, Shoppesville, and SM City Sta. Mesa. Meanwhile, you have plenty of options to fulfill your family’s leisure and recreational needs like Mystery Manila, McKinley Park, and The Archery Academy. 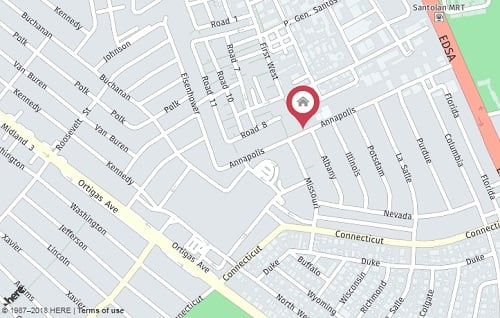